Background: Closed reduction and percutaneous K-wire pinning is the standard management of type III supracondylar humerus fracture, however there is still lack of consensus with regards to optimal pinning technique (crossed vs lateral only pinning). The aim of the present study was to assess and compare functional and radiological outcome in these fracture patients treated with cross pinning vs lateral only pinning till mid-term follow up.

Methods: A randomized study was conducted on all eligible pediatric patients with Gartland type III supracondylar fracture treated with cross pinning (Group I, n=29) and lateral only pinning (Group II, n=31) at a single tertiary care center between February 2016 and April 2019. The continuous variables were assessed using the independent student t test while the Chi square test was used to analyze the categorical data. The Flynn’s criteria at each follow-up were assessed using the Analysis of Variance (ANOVA) test. Level of significance was set at 5% and all p-values less than 0.05 were treated as significant. 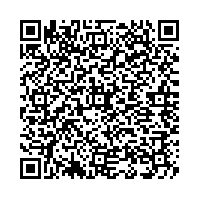