This study is focused on examination of ancient Egyptian mummy with congenital limb deformity from noble Egyptian mummy back to new kingdom-18th dynasty date from 1550-1295 BCE owned by Egyptian museum in El-Tharir – Egypt. Unilateral deformities were observed with ankle torsion and the neck of the talus was higher than normal. The CT images suggested abnormalities in shape of the tarsal bones of right foot. The study suggests that this foot deformity may be due to poliomyelitis.

The artificial preservation of the body after death or Mummification may have been practiced in Egypt for more than 4,000 years, and perhaps developed as early as c. 4500 B.C. With the advent of the 18th dynasty and the founding of the new kingdom, the technique of mummification attained a great perfection. It agrees in almost all details with the method described by Herodotus as the most expensive [1].

Neurotrophic virus is an infection cause poliomyelitis that targets the anterior horn cells of lower motor neurons resulting in a flaccid paralysis. Some mummies from ancient Egypt showed evidence of deformed limbs, suggesting that the condition to be present over 3,000 years ago [2].

Upon initial examination, there were clear differences between the mummified right and left foot. The normal left foot served as control. The talus and the calcaneus are smaller and morphologically distinct from those in normal feet: the neck of the talus is medially angulated and the navicular is wedge-shaped. The right leg is shorter than the left one.

The sex of the mummy was determined using the descriptive methods of the skull and pelvis [4]. Age at death was estimated from auricular surface metamorphosis and from the pubic symphysis [5,6].

The studied mummy is a noble Egyptian mummy back to new kingdom-18th dynasty date from 1550-1295 BCE owned by Egyptian museum in El-Tahrir, Egypt. She was exhibited in second floor, Hall No. 17, coffin No. 4213. It is worth mentioning that the mummy hiding many secrets, not only because she exists in a coffin inscribed with the name of a man called Senajem (Figure 1) and she is a female but also in royal position, unknown name and excellent mummification level of the mummy (Figure 2). The studied mummy was discovered in the tomb of the priest Senajem known priest Psalmist, who holds the title of servant in the place of truth in Dier El-Madina, West Thebes. Who was buried in the Eleventh General of the rule of Ramses II, where he lived during the new kingdom, the family ninth century (from the late rule of Seti I to the early reign of Rameses II) Maspero has been discovered his tomb in the second in February 1886, he described the tomb as one of the coolest cemeteries and most perfect and best preserved. The studied mummy was unwrapped as shown in Figure 1 and 2. The study mummy showed shortening of the right leg as compared to left leg and the CT confirmed bone deformity (Figure 3A and 3B).

Figure 2: Photograph shows the mummy unwrapped inside the coffin.

Figure 3A: Photograph of mummy showing leg shortening in right side. Figure 3B: Computed tomography image of the right foot showing abnormalities in shape of the tarsal bones and wedge-shaped navicular.

Deformity is the consequence the long-term of paralysis from poliomyelitis, depending on the muscles affected and imbalance between muscles groups the location and type will be developed. Leg shortening, soft tissue contractures and foot deformities often develop in poliomyelitis with skeletal growth [7-9].

The effects of polio have been known since prehistory in Egyptian paintings and carvings depict otherwise healthy people with withered limbs and children walking with canes at a young age. From the period 1403 to 1365 BC, Egyptian paintings showed children with deformed limbs, walking with sticks. An English physician Michael Underwood gave the first clinical description in 1789, where he referred to polio as debility of the lower extremities. Due to the contributions of physicians Jakob Heine and Karl Oskar Med in 1840 polio was known as Heine-Medin disease. In previous radiographic and computed tomography studies abnormalities have been described in treated congenital clubfeet with various residual foot deformities [10,11].

In conclusion, the application of CT technique might be used as important tool in the paleopathological examination. 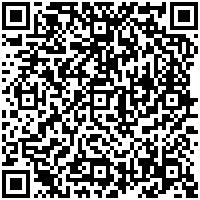